In Which Ariana Goes to Hungary. Obviously.

It was so strange to be here again, after having visited in 2006 with the orchestra. The last time, it was hot and sunny and the hedges were green. It was really pretty desolate this time around.

But the clouds broke up a little bit and it actually became quite nice out.

Having lost everyone I was supposed to be with (I still maintain that they got lost, but that might be a losing battle) I gave up on waiting for them and climbed the hill to the Gloriette.

It really is lovely up there. I spent the next hour following squirrels in the woods and attempting to photograph them, which was not successful.

It’s so funny to think that when this was built, this was the countryside, where the royalty could get away from the stinking hot city in the summer. It is now a bare two U-bahn stops from our hostel in central Vienna, and completely surrounded by city. Definitely worth it for a morning’s wander.

So what did I do (besides fail to photograph twitchy red squirrels) after having been abandoned to my own devices? Explanations to come in the next post.

I was in Vienna over the weekend, and really, how could I avoid trying the Sachertorte?

END_OF_DOCUMENT_TOKEN_TO_BE_REPLACED

The Treachery of Images

It was raining in Vienna, so I went to an art museum. The Albertina is housed in one of the half-dozen former Hapsburg palaces scattered around Eastern Austria, and I was drawn there by promises of a Monet & Picasso exhibit, which was a bit dull and weird and not well-laid out at all. But I wandered upstairs and found myself in the middle of a massive (200+ painting!) exhibition of the art of René Magritte. END_OF_DOCUMENT_TOKEN_TO_BE_REPLACED

Vienna. This weekend. It’s going to be awesome! Turns out that Vienna is no more than three hours away, and pretty easy to get around. I hardly remember the last time I was there so it will be fun to check it out again. I will update with photos as soon as I am back.

Tonight was Ash Wednesday, so no meat for my roommate. Instead we made lemon-parsley quinoa cakes and served them with a lemon-sour cream sauce on salad greens. I had also visited the Lehel market behind the Western Train station on the recommendation of a fellow blogger (thanks, Zita!) and somehow wound up with half a kilo of beautiful, tiny brussels sprouts. Hannah was kind of cagey about trying them, but I think she’s converted–she went back for seconds! The recipe is here, and you can leave out the bacon as we did this evening, but it does add a nice salty kick against the sweet glaze of the reduced balsamic.

I am finally all registered for courses– four math and Hungarian. Should be pretty fun…although that means I really need to do my homework on the train Friday.

Photos from a sunny day

Saturday was the warmest day we’ve had in weeks, so I went for a long walk, heading to the train station to renew my bus pass, then up to City Park, where a small carnival was taking place.

END_OF_DOCUMENT_TOKEN_TO_BE_REPLACED

Effort Rewarded, or The Hungarian Violin 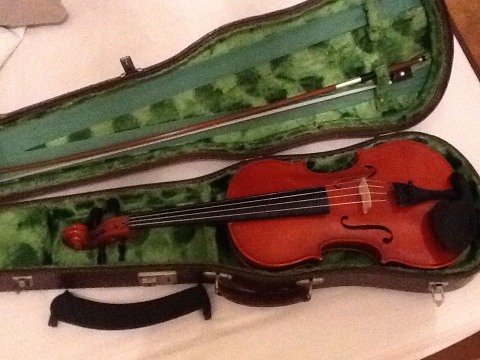 END_OF_DOCUMENT_TOKEN_TO_BE_REPLACED

Look, I didn’t start out intending to make this a food blog. But it’s been a really interesting challenge, making food successfully in a foreign country. Some things that I discovered recently that really help: END_OF_DOCUMENT_TOKEN_TO_BE_REPLACED

Too cold to go sightseeing

Our heaters are broken, so I am wearing all the clothes I own at once. 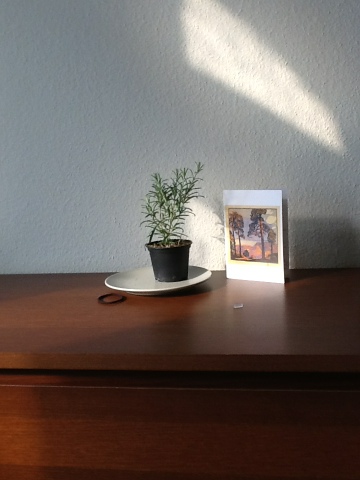 END_OF_DOCUMENT_TOKEN_TO_BE_REPLACED

Liberty Bridge and the Central Market

The Central Market has been held here in the Vásárcsarnok since 1896. It’s a great place to get ingredients that are hard to find elsewhere, like parmesan cheese and non-cabbage vegetables. They also sell beef, unlike most supermarkets. END_OF_DOCUMENT_TOKEN_TO_BE_REPLACED